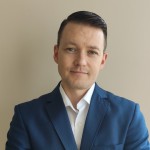 I often meet the opinion of colleagues who deny even the very possibility of the scenario I describe in the markets. To my question “where does my market forecast cause dissonance?”, the answer, as a rule, is expanded within the existing paradigm and trend, moreover, based on the current input data.

But if you think about it, I’m not predicting classic outcomes and patterns, it doesn’t take a lot of intelligence to predict them: after the correction, talk all the time about purchases and you will be in favor with the crowd. My job is to find situations that break the patterns and the normal way of life. So in January 2020, not just a crisis and a drop in the schedule were predicted, such movements disrupt the whole way of life of people.

Now it is important: the current event will be many times worse, I think that we are on the verge of war, the second most important event could be the default of a large state, for example, China or the United States. The drop in the schedule is only a mirror of the trials that not all of my readers experience. This year has claimed many lives, to my regret, 2022-2023. may become one of the most terrible in all of recent history. Personally, I wish it wasn't.

Welcome to the club.

Welcome to the club.